Imagine sitting anywhere with an app that can act as a personal on-demand courier service to deliver goods at the push of a button. Yeah that’s what Egyptian Startup Bosta has been doing since last year with focus mainly on B2C operations, allowing businesses to send parcels to their customers. Businesses and customers can monitor their deliveries in real time and communicate with the courier along the way which makes it more reliable and secure to transport goods.

They have made it a personal quest to complete any delivery within two hours, for which the startup has dubbed its service an “instant delivery” platform.

The startup has achieved substantial traction since launching, attracting interest from foreign investors like Dubai-based Numu Capital who said the stats and numbers being recorded by the startup prompted the investment.

“We were impressed by the traction that was achieved by Bosta team in just a few months after launching. Our investment strategy is focused on early stage startups, and we are used to meeting companies that have not achieved much progress in terms of user engagement and revenue generation. Bosta was definitely an exception, and their achievement is a testament to the team’s execution skills,” said Jamal Al-Mutarreb, managing director of Numu Capital.

Bosta plans to use the funds to capture further market share, and has ambitions to take the instant delivery model global.

The startup hopes to raise a further funding round later this year and we at Incubate Africa hope investors will realize how much of a unique and efficient application Bosta is by offering real time delivery services, as well as the potential to reach out to consumers around the world. 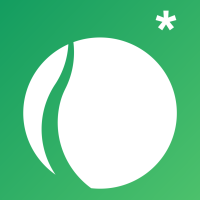 How to play facebook’s hidden soccer

Andela gets support from Zuckerberg and Google